Is Exercise Bad for Your Teeth? 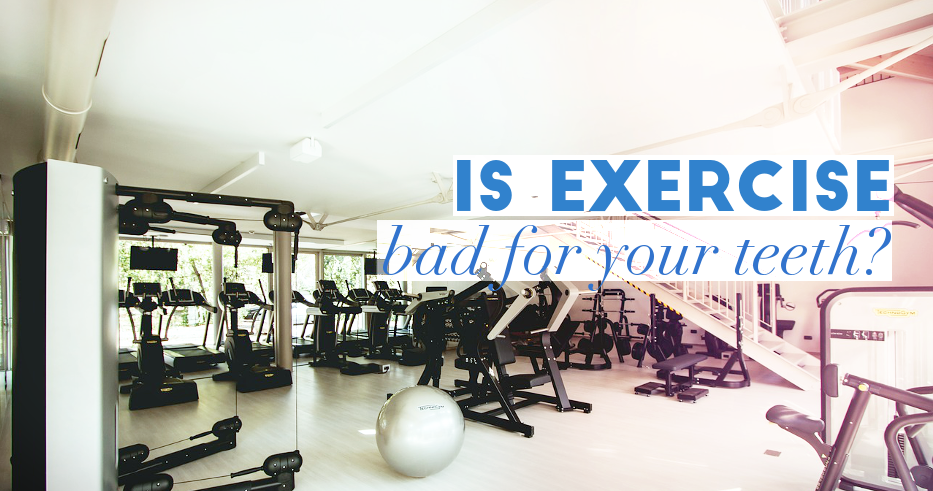 You go for a run three times a week, make it to spin class twice a week, and even squeeze in a kickboxing class on the weekend; so, you think you’re doing pretty good when it comes to being healthy. Well, all that exercise might be doing the rest of your body good, but it could be harming your teeth.

A recent study linked vigorous activity and heavy training regimens to poor oral health. The study, which was published in 2013 in The British Journal of Sports Medicine examined athletes from the 2012 Summer Olympics. They found high levels of decay, gum disease, and enamel erosion. Researchers were unsure of the cause, some linked it to sugary sports drinks, but a study done in Germany aimed to prove what exactly was causing it.

The University Hospital Heidelberg in Germany ran a test using athletes and non-athletes of the same age and gender to determine the difference in oral health. The culprit? Saliva production.

But, before you give up your gym membership, know that the study found that this was usually only a likely possibility for hard-core athletes or those doing endurance training, such as marathons. The average person won’t put their oral health at risk when hitting the elliptical or going to spin class.

If you frequently hit the gym, proper hydration throughout a workout session can decrease the risk of prolonged dry mouth. If you are an endurance runner or athlete, talk to your dentist about how you can keep your oral health in good shape while training.