Boston A Great Place To Live! 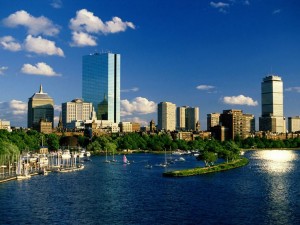 Boston has always been considered to be amongst the best places to live in throughout the United States. As a Bostonian, you can certainly take pride in being from a city that outscores most American cities in a number of factors that determine the overall quality of living in a city. No matter what your interests and priorities are, Boston is the city that has it all for you.

As per the Innovation Cities Program & Index, Boston has been recently named as the “Most Innovative City in the World” for the year 2011. Many residents of this amazing city may not be aware of the fact that Greater Boston was chosen as the world’s most talented region, according to the Global Talent Index published recently by GBCC. This report was created after assessment of 30 leading metropolitan areas around the world in terms of their educational attainment, academic performance, and patent generation. Education is one of the foremost parameters while opting for a city to live in. Boston is home to some of the most renowned educational institutions throughout the world including names like Harvard, MIT, the Northeastern University and many more. Interestingly, the total percentage of students receiving high school diploma is higher than any other major US city in Boston.

Boston is certainly the city to be in if you are an art lover. The Boston Ballet, the Huntington Theatre, the Boston Symphony Orchestra, the Museum of Fine Arts, are just some of the many world famous institutions in Boston. The city also boasts of many museums, memorials, and iconic buildings reflecting the glorious history of Massachusetts. Boston was the city from which the American Revolution started, inspiring historically significant events like the Boston Tea Party. Sites like Fenway Park, Plymouth Rock, Fanuel Hall; Fisherman’s Memorial Statue attract thousands of tourists every year from different parts of the world.

Compared to any city of its population, Boston has the second highest rate of employment all over the United States. Many of the top companies in different industries are now headquartered in Boston. A recently published article in EconPost indicates that Massachusetts has been the best state in the country’s post recession economy for five consecutive years. This index was determined considering several economic influencers including foreign direct investment, immigration of knowledge workers, workforce education, IPOs, and many more.

The city dwellers would be happy to know that Boston is ranked number 4 amongst all American cities in terms of life expectancy. Many of world’s best hospitals and medical research centers are in Boston.