What causes a gummy smile? 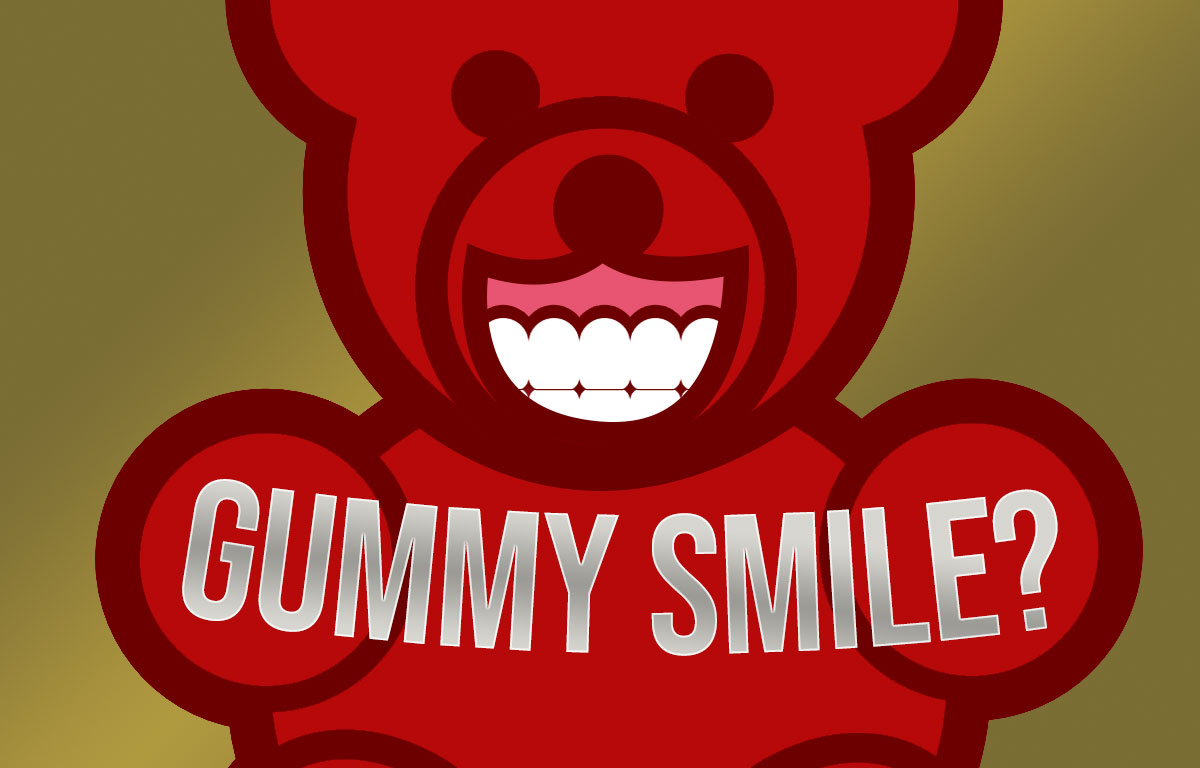 While a gummy smile can just be a result of having too much gums, there are a few other issues that could be going on that make a person’s smile appear gummy, such as:

Improperly erupted teeth – If someone’s teeth erupt improperly, they could end up with only part of their teeth showing while the rest are hidden by the gums. When this occurs, a procedure called crown lengthening is used to remove some gum tissue in order to reveal the teeth underneath.

Short teeth – Although some people just naturally have short teeth due to genetics, others may have shortened their teeth due to wear. In such a case removing gums could be harmful. Instead, a patient can be treated with dental veneers and crowns that cover the original tooth and display a more appealing gum-to-tooth proportion.

Short upper lip – Most people have lips that cover most of the gums even when smiling. If someone has a short upper lip, however, they could appear to have a gummy smile, when, in fact, their gum to tooth proportions are completely normal. In such a case the patient will have to undergo lip surgery in order to correct the abnormality.

Hypermobile upper lip – Some people don’t have very visible gums until they smile wide, at which point their upper lip extends further up than it does for most people. As with short-lipped people, these people will have to undergo lip surgery in order to resolve the issue.

Long gums – For some people, their smile is gummy because it actually is, indeed, too gummy. People with this condition grow longer gum tissue than most and undergo a treatment that’s similar to that of people with teeth that haven’t erupted properly. The procedure, called gum contouring, involves cutting back the gum tissue to achieve better proportions.

If you have a gummy smile, you can ask your dentist for treatment options and work with them to find the right one for you.